Located in southern Spain, about 70 km from Madrid, is the lovely ancient city of Toledo, fully embraced by the Tagus River. With a history of more than 2000 years, Toledo has become an ancient center in the heart of Spain, proudly recognized by UNESCO as a world cultural heritage site in 1986, where many cultures and constructions converge.

Unique ancient architecture, the virtue from the prosperous years as the capital of Spain in the years 567 – 711 and 1085 – 1561. This is the ideal choice for travelers who love the breakthrough from the strokes historic. The first destination of this city is Alcazar Fort, located at the highest position and built in Roman times. Alcazar Fort has square floors, each side has towers. Each side has its own architectural style. The front of the fortress is in Renaissance architecture; the second side is Plateresque; the third face is medieval architecture; and the fourth side in the Churigueresque way.

During the Spanish Civil War from 1936-1939, the Alcazar fort was almost completely destroyed during the 70-day siege of 1936. Subsequently, the fort was rebuilt to make a Military Museum.

After wandering around the streets of Alcazar and the fortress of Alcazar, you still have to visit some of Toledo’s famous monuments. For example, Toledo’s main church was built in 1226 and took more than 250 years to complete. This is a Christian cathedral with gothic architecture combined with Mudejar style of the Moorish Muslim, you have the opportunity to enjoy the strange, beautiful and famous architecture of this cathedral.

As the sun rises, the sun slowly shines through a hole in the roof of the cathedral and the sunlight moves, illuminating a few minutes on a large altar statue opposite. The statue is divided into two parts: the upper part is the statue depicting “light and angel,” the lower part is the statue of Our Lady holding Jesus Christ at birth. 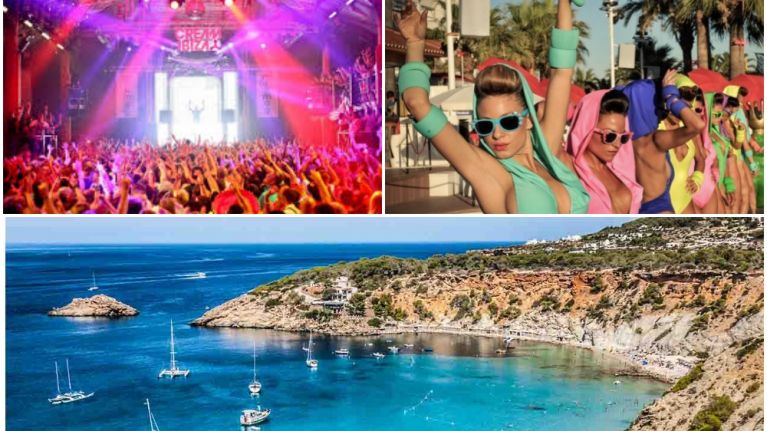 Ibiza Has some history you may not be aware of. There has been archaeological digging recently that indicate some of the first settlements deep back to around 3,000 years ago. They have found artifacts such as bronze axes, and other artifacts that provide evidence that there were early settlements in the area.  Here is a brief look at the history of this area.

Carthaginians discovered this area in 654 BC. they founded the Ibiza Town.  this is one of the earliest towns in the European area. they called the town Ibossim, which is very close to the name it holds today. The name Ibiza has survived until now thanks to the Greeks. They came to this area during the time that the Carthaginians did and they called the islands here Pitiusas or the pine covered Islands which we know as Formentera, and Ibiza today.

The Carthaginians were traders and merchants and this area became an important trading center for them. It had strong city walls and a large harbor for their ships. One of the main goods that they traded was salt or what they referred to as white gold. The process of making salt today is much the same as it was during the Carthaginian time to get the salt from the sea water. in Carthaginian culture, Ibiza also played a role as this as one of their largest burial grounds. It was said that the dead were buried on the island because there were no animals to dig up the graves. In some areas you’ll find a large collection of Punic artifacts and these artifacts were recovered in grave sites. Many of the dead were buried with objects and utensils so they could use them in the afterlife. One of the gods of the Carthaginians was the goddess Tanit and she can be found on many of the ceramic pots and other pottery that is made on the islands today.

The Romans and the Carthaginians were at war during the Punic Wars and the Romans conquered much of the area. The Romans called Ibiza by the name Ebusus, but this area did not become a part of the Roman Empire. It became a confederation town and maintained its independence. You will find some Roman statues here and some other Roman artifacts.

During the dark ages of Europe, there is not a lot of record of this area. The area is said to have been conquered by barbarians, vandals, and the Byzantines. Under the Byzantine Empire they had a little bit more Independence and developed a sharecropping system and an irrigation system. there are not a lot of relics from this area but there is an underground Chapel which can be found at Santa Ines.

Around the 9th century ad the Arabs arrived in this area and stayed for over 500 years. The island was called Yebisah by them and there is an Arab influence in this area still today. Some of the musical instruments, traditional costumes, and houses of the area are of an Arab influence as is the island dialect which is called ‘Ibicenco’. They built a large mosque in the area and they also work to fortify the city walls. Some of the watchtowers and the remains of the walls can still be seen today. Under Arab rule there was economic growth in the area. Fishing, Agriculture, and the salt fields provided most of the income during this time

In August 1235, the area was conquered by the Catalans. It is said that they gained entrance to the town through a secret underground entrance and then besiege the city. This secret passage is still found in the city although it is not possible to crawl through it as it is fenced off.

The church tore down the air of mosque in the area and built the cathedral that is still there today. All of the villages on the island we were named after Christian Saints and many churches were constructed. San Antonio and San Miguel are two of the oldest churches in the area

During the later centuries the ruling Catalans neglected the islands to a large degree. At this time, they were plundered to a great extent by pirate gangs. The villagers build many defensive churches during this time with fortified walls. The villagers would shelter there before an attack and they even had cannons on the roof of the churches. The walls of Ibiza town were constructed in the 16th century and these are the same walls that we see today. Later on, along the coast pirate towers were built and you can still see some of these today. If pirates were spotted, someone in one of the towers would light a signal fire which would warn the next hour and they would like their own fire and on and on it would go until the towns knew that the Pirates were coming and they could prepare for them.

This is a brief look at some of the history of Ibiza and the surrounding area. This location is rich in history and today it’s making history as some of the best clubbing and nightlife entertainment that can be found anywhere in the world.